It has been a long time since I last updated my blog. I have been really busy with the two kids that I hardly find any time to blog.

This was me when Axel was still in my womb. This was taken a day before we induced him to be delivered. I shall share in another post why we had decided to induce him and his birth story.

This was taken when he was fresh out from oven (my womb). Wasn’t he amazing? 😁

This was his first smile! Taken on 30th December.

A gift exchange from jie jie to di di, and di di to jie jie. I hope both of you will love each other very much, and have each other’s back forever!

Smiling at me after latching. First and second month weren’t easy for us. The confinement nanny didn’t have a good time with Axel as he kept making grunting noises throughout the night. After she left, when I took over from the second month onwards, things didn’t get any better. He was still making grunting noises throughout the night. One consolation was he is pretty much like a clockwork. He would sleep by 8.30 pm and only started making noises at around 1 am, 3 am, and 5 am. I remember for the whole of that month, I didn’t get to sleep well in the night. He could also poo 💩 3-4 times in the night.

A photo shoot by Sprityuri Photography that we took at our home 🏠 on his full month.

Axel’s first Lunar New Year. He was so happy when he received his red packets 🧧.

We attended Axel’s 100th Colourful Days & Beyond Bash, organised by a group of mummy volunteers from the Dec EDD group chat.

We won the lucky draw 37th prize and that included a play mat, and a packet of wet wipes. So worth it, right?

I found these milestone cards from OCBC in the hospital goodie bag when I was unpacking the bag. Only unpacked it after 3 months. Hence, I couldn’t take any photo with Axel and the milestone cards for first month and second month.

As I had mentioned earlier, Axel is like a clockwork. Basically, he naps 3 times a day and each nap is about 2 hours. His bedtime is at about 7.30 pm. He is able to fall asleep on his own. He used to sleep for about 5 hours for a stretch in the night. Now he sleeps even a longer stretch for the night, about 8 hours.

Today is the day that we are going to hospital to induce to deliver baby. Somehow I am feeling nervous because I know the date when he/she is coming out. For Little Miracle’s case, because it happened naturally, so there was no time to feel anxious about it.

I have never expected that I’ll carry Little Lucky till 40 weeks or even past his/her EDD. I have always thought second pregnancy will be faster.

Knowing that he/she is gonna be delivered tomorrow, I feel kinda lost. Will this be my last pregnancy? Even if I go for another frozen cycle, will I get pregnant again?

We went to see Dr Tan on Christmas Eve. We had a discussion on the delivery plans. He checked on my cervix and I was 1 cm dilated. 2 weeks ago, I was also 1 cm dilated but at that time, he mentioned it was at the tip. This time, the cervix was already opened. He said if I choose to induce, I’ll go into labour.

Yesterday, Dr Tan said no slot to check in last night unless Little Lucky wants to come out on his/her own, then I can just walk in. So he scheduled us to check in on 27th December to induce Little Lucky to be delivered on 28th December. Dr Tan doesn’t like to wait past EDD, though we are still allowed to wait up to 41 weeks. He said he has to manage our expectations. After all, we went through so much for IVF to have a baby, and the baby is very precious!

Frankly speaking, I do feel a little nervous because this time, the experience is so different from Little Miracle. I have never expected that I’ll check in on a certain date to induce Little Lucky. I always think he/she will come out on his/her own when he/she is ready to meet the world. However, it seems that he/she is very comfortable in my womb. All this while, I’ve also tried inducing myself naturally by doing household chores, and walking a lot.

Lord, I just pray that I’ll be able to deliver Little Lucky naturally, and safely and he/she will be born healthily. Amen!

We went to see our gynaecologist this week and he told me I am cleared of Strep B. We discussed about the various options of delivery. I told him I am still very keen on vagina delivery, just like how I had delivered Little Miracle 4 years ago.

Little Lucky is already about 3 kg.

So we are all now on standby mode, waiting for him/her to arrive.

We know she loves Elsa so much so we brought her to Orchard to see the Christmas lightings and to let her photos with her favourite cartoon characters.

Her ballet Christmas Showcase was a success! We were extremely proud of her that she led her team well. Keep it up, darling! 😁😁😁👍🏻👍🏻👍🏻👏🏻👏🏻👏🏻

This week we went for our gynaecologist’s appointment. Dr Tan did a swap test for me and also checked my cervix dilation. He said I was only 1 cm dilated and it was really at the tip. So he said I would still be pretty safe when it comes to 38 weeks. That also meant I would not be able to miss Little Miracle’s Ballet Christmas Showcase on 16th December.

I still did household chores even though I was already 37 weeks pregnant. That’s the life of a SAHM! I refuse to have a domestic helper or a part time helper.

This week we attended Little Miracle’s classmate’s 5th birthday party. She has great fun with her friends!

This week I also packed and sorted out all the old clothes that Little Miracle had to see which are the ones that are more suitable for Little Lucky.

These were some of the things that I had done this week:

As the weeks passed, I really could feel that Little Lucky is getting heavier. It was also getting harder to sleep at night, and I could not lie on my back at all. I could only sleep lying on my sides. 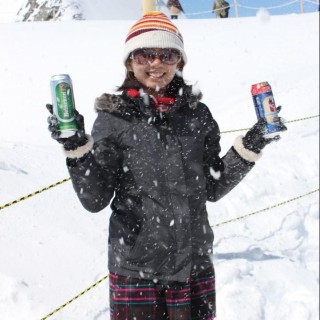 I am just a little girl who has the thirst to travel and experience life in other countries.